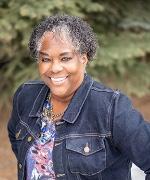 Laura Calhoun is the President of the CEC Governing Board, on which she has served as a Colorado Springs Early College (CSEC) representative, since 2007.   Laura served as the Secretary of the Governing Board before being elected President, in January 2018, and is elected to serve until 2019.  She is the Founder and Senior Pastor of Restored Life Church in Southeast Colorado Springs and is also the founder and President of the Restored Life Family Resource Center, a community outreach ministry focused on bringing healing, health, wholeness and restoration to individuals and families.

Laura brings to the board over 25 years of customer service experience, 13 years of administration experience, and over 13 years’ experience developing and training leaders.  Laura has a passion for helping young people with their life and educational goals.  She has helped numerous students at CSEC achieve academic success, including a daughter, son and a younger brother who all graduated from CSEC.

Laura has an extensive background of involvement in reaching out to the minority community of Colorado Springs – she was a volunteer Chaplain for the Colorado Springs Police Department for 10 years, and now serves as a CSPD Community Relations Unit volunteer.  Laura was born in the Bronx and grew up in Long Island, NY, but has traveled many places for the 20 years she served as an active, Army military spouse.  Laura and her husband now call Colorado home, and enjoy staying active and involved with family and friends both in Colorado Springs and around the country. 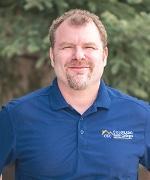 Terry McDonald is the Vice President of the Governing Board and has been a CEC Parker representative on the Board since 2015 and elected to serve until 2021.   Terry, and his wife Colleen, enrolled their son at CECP after hearing about its success through community connections in Parker.  They enjoyed their role as parent volunteers during the time their son was a student, including helping with the CEC robotics team founded by their son.  Terry and his family witnessed first-hand the educational impact and opportunity CEC is providing students – as their son graduated high school not only with a HS Diploma, but also with an Associate Degree, and acceptance into Notre Dame, where he is continuing his higher education.    Terry is passionate about the future of CEC and ensuring other students have this same opportunity to get a strong start on their educational careers!

As a Sales Manager and Telecom Consultant for Automated Voice & Data Solutions, Terry brings an experienced IT and Sales perspective to the Governing Board.   Terry has a heart for helping people succeed, both in his community, and in business.   In his career in sales, Terry has achieved President's Club status multiple years running, which is a first for his company’s software sales team.

Prior to becoming a Colorado resident in 2000, Terry and his family lived in Chicago, where he worked as an information technology managing consultant.  There he led large customer relationship management projects, that were noted for transforming business operations and customer service. Notable achievements at the time included the launch of the firm's first cloud CRM service, and an international CRM software deployment that was eventually absorbed by Lucent Technologies, subsequently using it to replace their own worldwide CRM system. 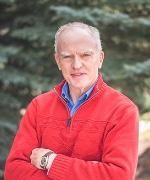 Art has served on the CEC Governing Board as Board Treasurer since July 2015 and is until elected to serve until June 2021. He has served on the CEC Building Corporation Board as Board Secretary since January 2012.  As a businessman with nearly 30 years of experience in the plastic films industry, Art hired, mentored, developed, and managed field salespeople across the USA. Their efforts were instrumental to the growth of a new company from less than $6 million to more than $300 million in less than 20 years.  Art retired from plastics and joined a Christian financial services organization. Their mission included visiting clients who requested preparation of legal documents to award part of their final estate to their favorite ministries.

Art is also a retired Navy Flight Officer and served 23 years on active duty and in the Navy Reserve. His years of travel for business, Navy, and ministry to more than 40 countries have given him a broad worldview and sensitivity to other cultures.  Art is a graduate of the University of Delaware with a degree in Biological Sciences and Chemistry. His science education and post-graduate business courses prepared him well for his business career. He lived in Naperville, IL for 29 years before moving to Colorado Springs in 2006 with his wife Sue.

Having served on another board, of which Keith King served as president, Art became very interested in CSEC – from its earliest years – and feels honored to use his years of experience in business and community outreach in service to the CEC network.

In their free time, Art and Sue enjoy skiing and hiking in the mountains.  They like to travel rather widely, but when home, enjoy yard work and gardening.  Art’s official employment status is retired but likes to keep busy serving the community – he currently serves on not only the CEC Board of Governors, but also the boards of four other small organizations in Colorado Springs.

Robin Phillips is the Secretary of the Governing Board and has been a member since 2017.   She is elected to serve until 2020.  Robin represents CEC Ft Collins on the Board, and enjoys working part-time as a licensed teaching sub, and as a technical writer.  As the mom of three children, two of whom are CECFC students, Robin has enjoyed the opportunities to serve as a CEC parent volunteer – assisting with CEC field trips, Band and Choir ensembles, staff appreciation luncheons, chaperoning dances, and helping produce the CECFCHS newsletter.

Robin enjoys her role as a mom very much and is passionate about seeing CEC schools continue to grow and thrive!  Robin brings over 17 years of writing and communications experience to the governing board, and is a graduate of Colorado State University, with a degree in Journalism and Technical Communications.   After college, Robin worked in Public Relations at a small firm in Fort Collins and served as a Space and Missile Warning Specialist for 6 years in the Colorado Air National Guard, stationed at the 137th Space Warning Squadron in Greeley, Colorado.

As Colorado natives, Robin and her husband enjoy camping with their kids and cheering them on at games and concerts and living life on their family farm. 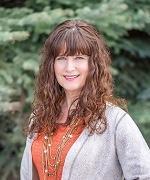 Jadie joined the CEC Governing Board in 2018.  She has 2 sons who have graduated from CECFC with Associates Degrees, and a son and daughter who attend CECFC Middle School in Fort Collins.  As a parent volunteer, Jadie has helped the CEC Network in several ways, including serving as President of the School Accountability Committee.

Jadie is the Owner of The Hagar Group Insurance and sits on the corporate council of the Affordable American Insurance network representing the interests of over 100 insurance agencies across Colorado, Utah, Arizona and New Mexico.  Jadie has served on the board of the Women’s Council of Realtors, and the Affiliate Board of the Fort Collins Board of Realtors.  Jadie also travels frequently to speak at women’s leadership events around the country.

Jadie and her family love the outdoors, which is why they moved to Colorado, and like to camp, water and snow ski – any chance they get. 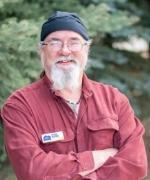 Jessie joined the CEC Governing Board in 2019.  Jessie was an active member of the Colorado Early Colleges Colorado Springs School Accountability Committee, and was appointed to the CECFC Building Corp.  Currently, Jessie is President of the CEC Building Corporation. Jessie has a degree in Electronic Engineering Technology and has worked for Fincor Electronics and Digital Equipment Corporation. Jessie currently works at the United States Air Force Academy.
jessie.mathis@coloradoearlycolleges.org 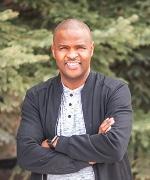 Papa joined the CEC Governing Board in August 2019. Papa is Founder & President of African Leadership Group (ALG), an advocacy organization dedicated to improving the quality of life for immigrants through social, economic, and educational empowerment programs, and helping families successfully integrate into their local community. A native of Senegal, Papa has over 17 years of experience in the financial industry, becoming a regional vice president of a local bank.  Papa has left his banking career to turn his full attention to running and growing ALG.
papa.dia@coloradoearlycolleges.org